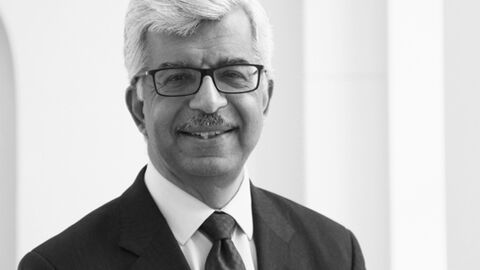 Prof Sir Munir Pirmohamed is currently David Weatherall Chair in Medicine at the University of Liverpool, and a Consultant Physician at the Royal Liverpool University Hospital. He also holds the only NHS Chair of Pharmacogenetics in the UK, and is Director of the M.R.C. Centre for Drug Safety Sciences, and Director of the Wolfson Centre for Personalised Medicine.

He was awarded a Knights Bachelor in the Queen’s Birthday Honours list in 2015. He is currently President Elect of the British Pharmacological Society and an inaugural NIHR Senior Investigator, and Fellow of the Academy of Medical Sciences in the UK. He is a Commissioner on Human Medicines. He is also a member of the MRC Governing Council and has also recently been appointed as a non-executive director of NHS England.

His research focuses on personalised medicine in order to optimise drug efficacy and minimise toxicity, move discoveries from the lab to the clinic, and from clinic to application.